Posted on November 13, 2012 by flyingpointroad 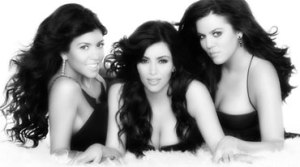 It’s official.  It took seven tries, but the white smoke rose gracefully out of the Freeport Town Hall today.  Our new address will be* :

The “7” is just a wonderful coincidence.  The “Dash” was a privateer ship that was built at Porter’s Landing by a James Brewer.  And since our deed mentions the transfer of the field from George Bartol to Daniel Brewer in 1855, we liked the historical connection.  (Daniel Brewer was also a ship builder)  There’s a lot more about the “Dash” here.

All hunky-dory, right?  A little bit of local history and a fun play on words.  Toss in a reminder of the hassle of naming this thing and a well respected “lucky” number and it’s just about perfect.

That balloon got burst about five minutes later when someone at the office asked “Why did you name your driveway after the Kardashian’s chain of stores?”

(* Please note the “will be.”  At this point, there’s no driveway, there’s no mailbox, no power, no house.  There’s string and sticks in a field.  We’ll let you know when that changes.)

← “It’s amazing what you can do with an E in A-level art, twisted imagination and a chainsaw.” – Damien Hirst
Dig Safe →