Darwin has nothing on us : The evolution of a mantle.

Posted on October 27, 2013 by flyingpointroad

One of the areas where we’ve all “struggled” just a bit has been the fireplace mantle.   Visually really important to the house.   Coincidentally also a source of contention between the two of us.  (Let’s just say that one of us REALLY wanted a fireplace.  The other didn’t give a sweet fig.)

As a result, finishing the mantel languished just a bit.  There was plenty of work to be done around Dash Landing without wrestling this particular bear.  And while delaying the inevitable is a time honored building tradition, you could tell that John was fretting about it.  A day wouldn’t go by where we didn’t see John standing in front of the fireplace and the number of pencil sketches on the drywall was starting to look like an art installation.

But the rapidly approaching deadline (T-18) pretty much forced our hand this week.

One of two of you will remember this original drawing from the immortal “Laurie Goes Over The Fireplace” post in late June :

If you look carefully, you’ll see a little wall set-back between the fireplace and the kindling box that looked great on paper, but didn’t quite work for assorted reasons.

So when Rob stopped by the house last week, he offered to take another crack at the mantle — both to incorporate the changes to the wall structure change as well as some of the other design elements of the living room and kitchen : 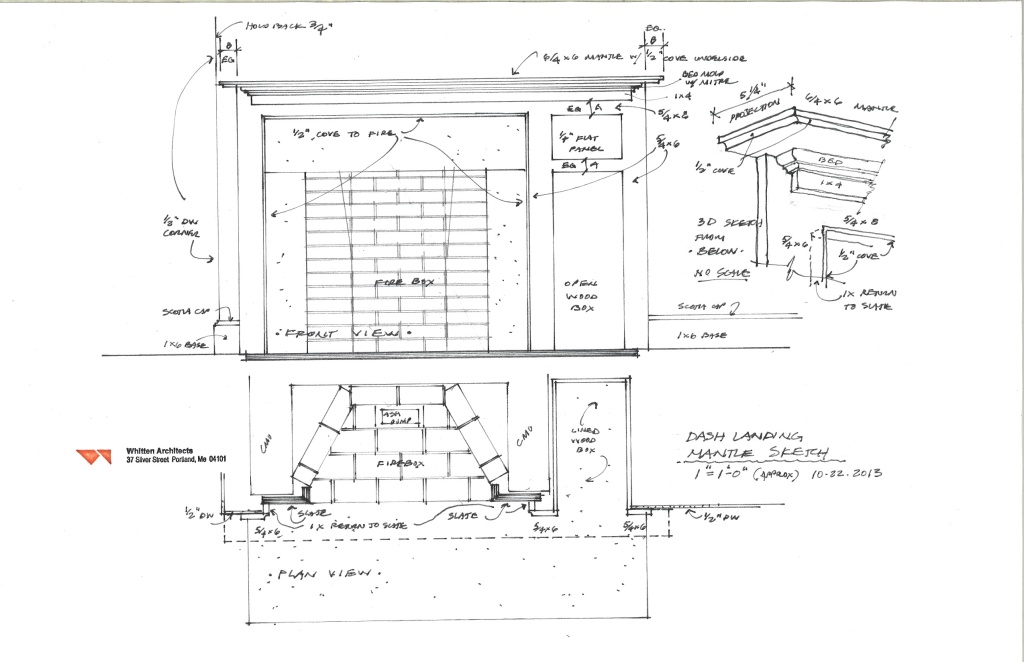 Love it.  Keeps the simplicity of the first design and — maybe more importantly — breaks up that wall just a bit.  We especially like the the nod to the kitchen with the panel above the firewood box. 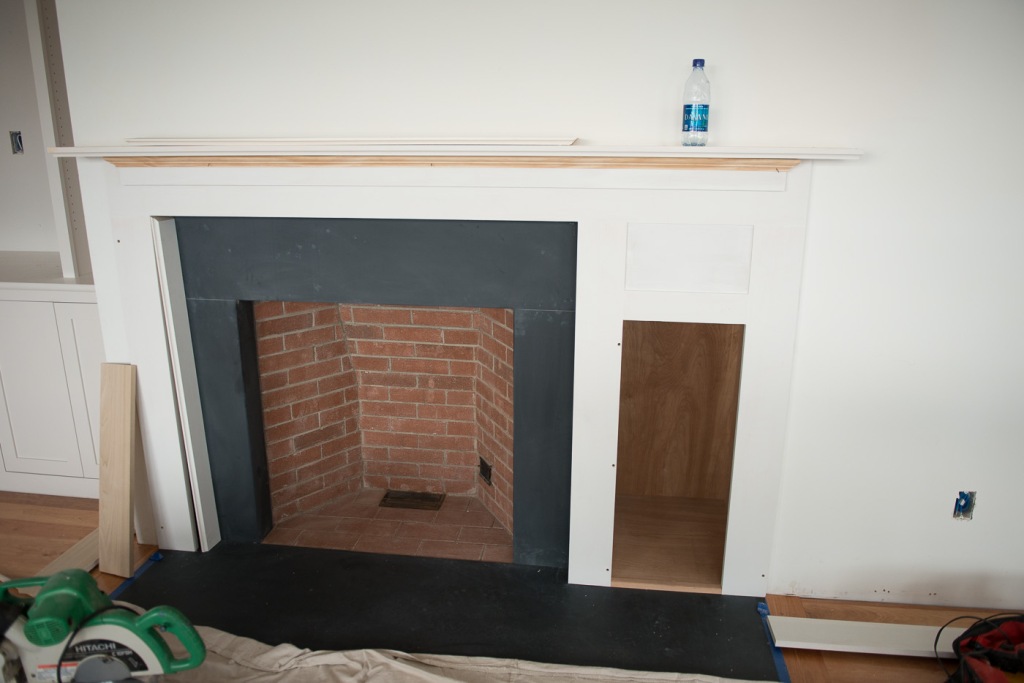 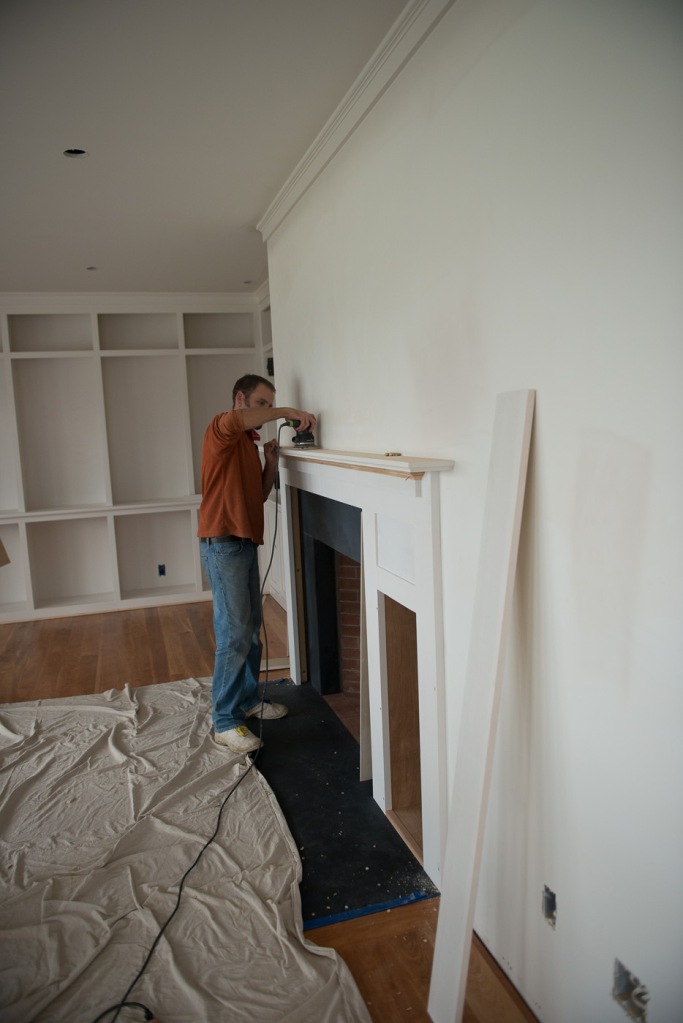 Still have a ways to go, but shaping up nicely.