Drywallers & other mysteries of the universe

Posted on August 18, 2013 by flyingpointroad 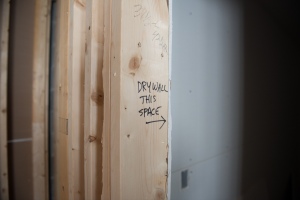 In the hundred odd years since we’ve started this grand adventure, we’ve noticed that our contributors fall into two distinct groups :

– Long Haul.  We’ve been with Rob since last August.  Kyle and the KC crew arrived in April.  John, Russ and Matt were the first to start and will probably be the last to leave.  Even Jon the Plumber and Josh the Electrician were around long enough to feel like they were part of the group.  All know the rhythm of the site.  Things like to expect a delivery of Frosty’s doughnuts on Fridays.  Or that you can usually catch one of us first thing in the morning for a quick question.  In exchange, we know that some of their families are expecting.  Or they’re playing in a horseshoe tournament this weekend.  And that others are late to the site because of their son’s baseball game.

– Short Haul.  The other group falls into the “get in, get it done and get out” category.  The foundation crew.  The foundation waterproofers.  The foamers should have fallen in this category.  All nice people with important roles, but not with us long enough to become part of the loose collective called Dash Landing.

This week’s drywall hanging crew definitely fell into the “short haul” bucket.  Two skinny guys showed up last Thursday.  No lifts, no jacks — we didn’t even see a t-stand.  But those two guys knocked out the entire house between Thursday and Saturday.

And if you’re not impressed by that feat, we’d encourage you to find a 4’6″ x 12′ piece of drywall and hold it over your head for a few minutes while walking on a pair of stilts.  Each one weighs about 60 lb.  Repeat 100+ times and drop us a note. 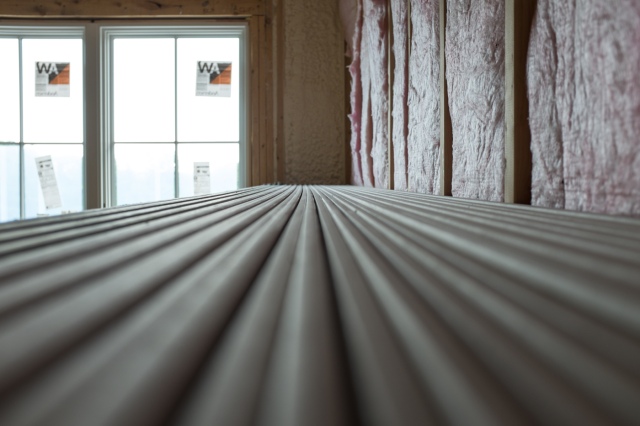 Sheets of drywall ready for installation. 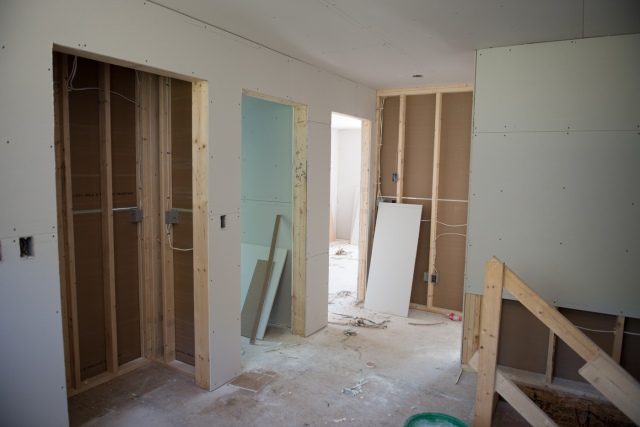 On the second floor looking past the closet, bath and into one of the bedrooms. 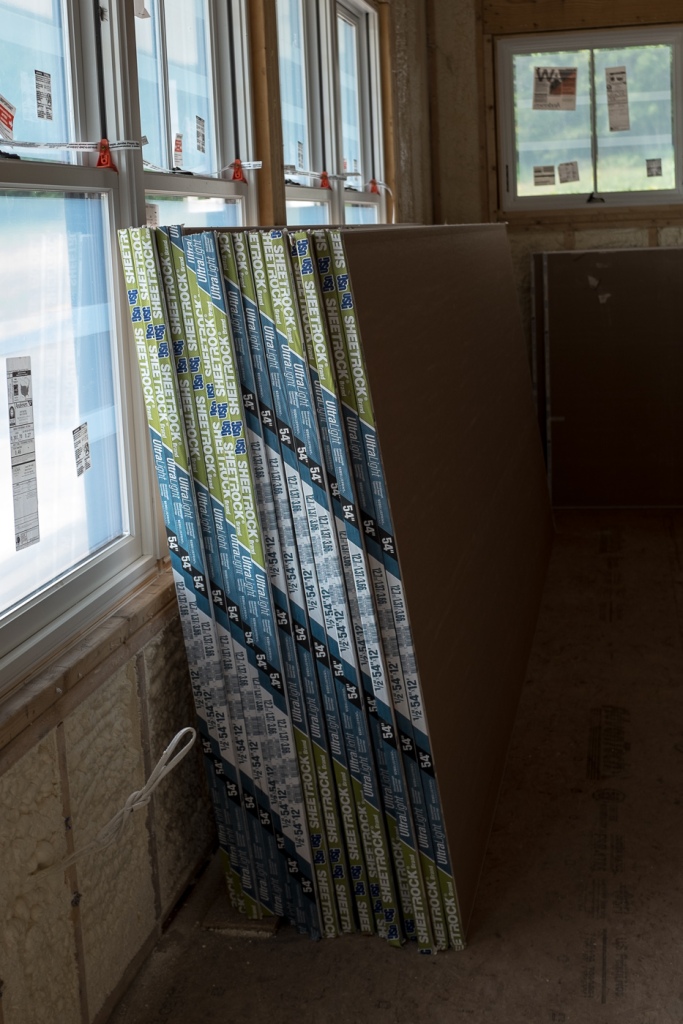 Drywall for the living room. 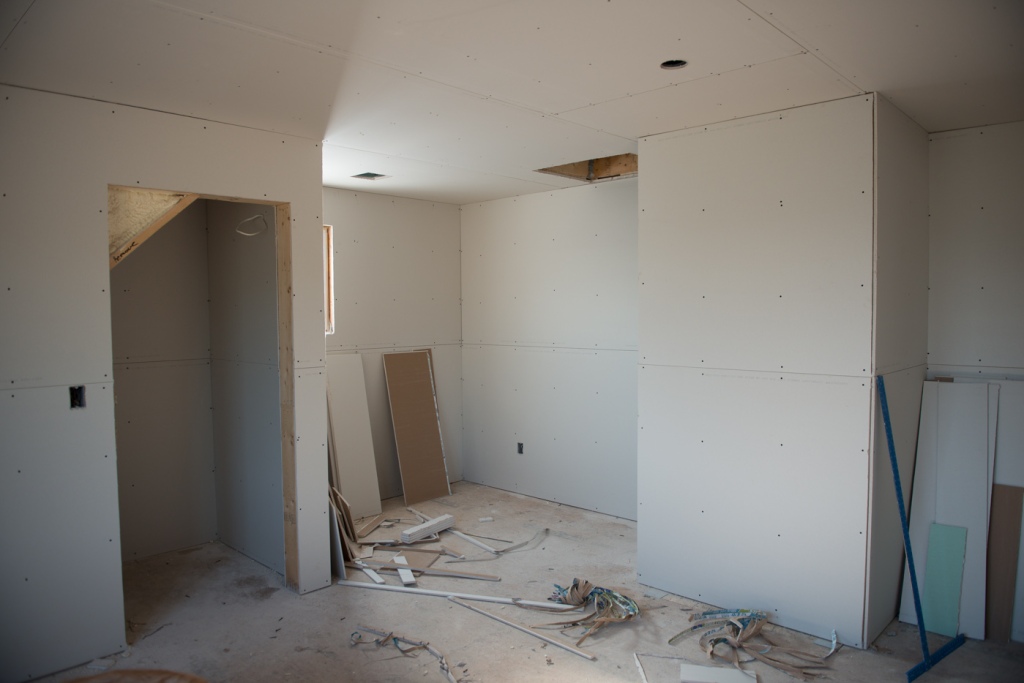 Upstairs bedroom on the Cove Road side